Our Tulsa Oklahoma alimony Lawyers have handled thousands of family cases and have the knowledge to help you with alimony claims. In Oklahoma, alimony if it is awarded, is done on a temporary basis. The idea is that its awarded as a means of allowing the party asking for it time to get on their feet. Alimony is awarded on the basis equity. This means that the Judge in your case looks at the circumstances of your case and decides whats fair. For a claim of alimony to be granted there are three different conditions that are looked to. Need, length of the marriage and ability to pay are the largest factors considered in an alimony claim.

How Long Is Alimony Awarded 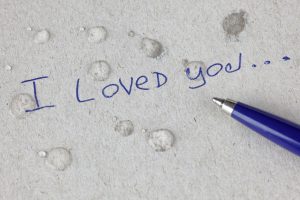 Check out our Blog for other topics

Need of The One Asking For Alimony

Experienced Tulsa Oklahoma Alimony Lawyers will will explain need as a many factors test. If one party has a need that is demonstrated based on the facts of the case then alimony may be awarded. An example of need exists when one party to the marriage has not worked during the marriage and is now without a source of income.  Another example exits when there’s a large difference in the income of the married parties. In this case the Family Court may decide that its equitable to put both parties on equal financial ground after the divorce.

Ability to pay looks at the income of the party being asked to pay alimony. When considering an ability to pay, the Court considers the parties ability to pay, after they’ve provided for themselves. Basically the ability to pay is determined by the parties disposable income after expenses. A part of the expenses includes housing, transportation and if child support, if its been ordered.

If and when you have an alimony case depends on several different factors. Its not a one size fits all determination that makes it so. Its an analysis of a persons need, ability to pay and other subjective factors. In an alimony case don’t go it alone. Make sure that you’re in it to win it not just agreeing on a number. For a free and totally confidential consultation with a Family lawyer give us a call